Mason McTavish is an elite offensive talent with some of the greatest upside available amongst all ’03-born prospects. With a pro-level release and exemplary accuracy, McTavish should be considered as a potential top-5 pick for the 2019 OHL Draft. 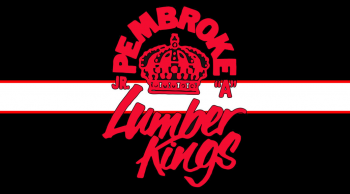 Mason McTavish is an elite center with game-defining talent. He can do virtually anything asked of him, but dominates with his ability to generate offence, largely backed by a pro-level shot. McTavish tore up his Bantam year, collecting an otherworldly 49 goals and 83 points in just 30 games, en route to leading the Ottawa Valley Titans to the 2018 All-Ontario Hockey Championship Tournament.

McTavish, now a member of the HEO’s Pembroke Lumber Kings, has carried that momentum into the ’18-19 season, currently leading the league with six goals and 16 points in 10 games, as of Sept. 25th. Remember that the league is Midget level, comprised of both ’02 and ’03 players. McTavish should be considered to be one of the greatest offensive talents available at the 2019 OHL Draft.

Mason McTavish’s game is led by an exceptional shot combined with tremendous strength. Despite standing at a modest 5-foot-9, McTavish is often the strongest player on the ice and is virtually impossible to knock off the puck. He showcases excellent lower-body strength through a fluid stride with a low center of gravity, along with strong edgework that allows him to maneuver around or through his opponents.

Be strong on pucks, use your edges to your advantage, and have a quick release, Saturday’s 3rd ⭐️ Mason McTavish puts it all on display on this beauty goal. @PLK_Midget_AAA went on to defeat Carleton Place 5-4.#HEOMidgetAAA Fall Showcase pic.twitter.com/iGsvvxkCQv

It’s McTavish’s offensive instincts that will make him such a hot commodity at the 2019 OHL Draft, with a wide range of options for generating goals. He possesses high-end hockey sense which allows him to read the soft spots on the ice and manipulate them. Coaches and scouts argue that his shot is already pro-level, with pin-point accuracy and a deceptive release.

One area in which McTavish could benefit from slight improvements would come in his defensive responsibility. Hardly a liability, McTavish plays his position responsibly, but can visibly be caught thinking about turning the puck up ice before a safe opportunity has presented itself.

A center who backchecks deep into his zone to support his defencemen, McTavish perhaps just needs to further commit to holding down the fort before he starts on the breakout. For a player of his caliber, his coaches can hardly blame him for prematurely flying the zone, but this will certainly be an aspect that needs to be cleaned up for McTavish to become a legitimate center at the OHL level.

All in all, Mason McTavish is an elite offensive center who can be trusted to play in all situations with success. Most notably, he can generate goals as well as anyone in the 2003-born OHL Draft class, with an exceptional shot and tremendous playmaking skills to boot.

Heading into the 2019 OHL Draft, McTavish appears to be the top prospect coming out of the Ottawa region, and should challenge for a potential top-5 selection.