With the 2019 OHL Draft a little more than a month away, Prospect Pipeline has released it’s OHL Priority Selection Ranking for the month of March. Included within are our top-220 prospects as well as 30 honourable mentions to keep an eye on. 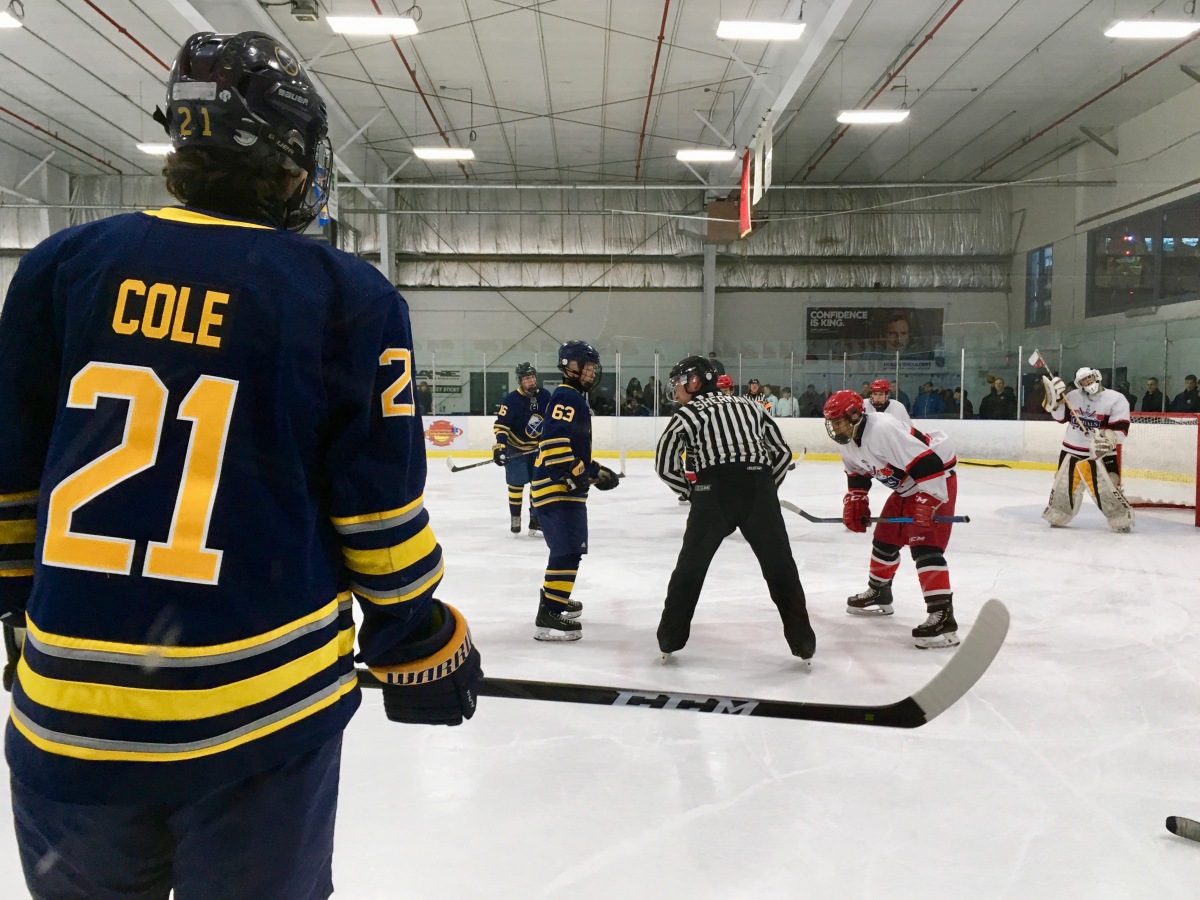 While the playoffs have come to a decisive close for most, a number of Minor Midget teams remain mired in the midst of a postseason run within their respective leagues. In two specific cases, both of the GTHL and HEO have a ways to go — a short break was imposed as Team Ontario and its representatives did battle in the 2019 Canada Winter Games.

🏆 Sudbury Wolves win the Minor Midget AAA #GNMLplayoffs over @ThunderBayKings by a score of 4-2 pic.twitter.com/TB6nRZfUkA

Although roughly a month remains until the 2019 OHL Priority Selection, a great deal of time remains for each and every prospect to prove himself as a can’t miss talent. And, perhaps no opportunity to do so is stronger than in the annual postseason, as every prospect must raise his respective game to a new level in order to catch the eyes of scouts and management alike.

So, let’s take a moment to recap this season’s postseason picture as it stood as of Feb. 26th, 2019 before discussing the Canada Winter Games and March’s ranking.

In the world of Minor Midget hockey, the majority of leagues have named a champion and come to a close for the campaign. However, select leagues and their teams continue to battle on.

In ALLIANCE, the championship round is set with the Brantford 99ers set to clash with the Kitchener Jr. Rangers. During the regular season, the 99ers claimed a total of 46 points while the Jr. Rangers trailed closely behind with 45 points — a reality which should make for a highly entertaining final round.

In their respective semi-final bouts, the 99ers defeated the pesky Windsor Jr. Spitfires in a tightly contested five-game series, while the Jr. Rangers bounced the tenacious Waterloo Wolves in a surprisingly short four-game series.

Early in the month of February, the Sudbury Wolves Minor Midget defeated the Thunder Bay Kings to claim the GNML Minor Midget crown for the 2018-19 season. One of the strongest teams in Ontario, the majority of the Sudbury Wolves’ roster will help to comprise Team NOHA for the 2019 OHL Cup, where the tournament team is expected to be a legitimate threat to nab the prestigious championship.

After a multiple week break for the 2019 Canada Winter Games, the GTHL playoffs resume on Feb. 27th with four teams remaining — all of which having cemented a place within the 2019 OHL Cup.

Flyers get the win and the early season lead. We’ll practice a couple times before we pause for the Canada Winter Games and resume the series in a couple weeks #gameday #flyers #rowtheboat pic.twitter.com/L3hdiQBz35

In one semi-final, the Don Mills Flyers will battle the upstart Toronto Red Wings. Although the two teams tied on one occasion during the regular season, the Flyers stand as the obvious favourite in the series. On the other side of the bracket, the Toronto Marlboros and Toronto Nationals will battle in what will surely be one of the most competitive playoff series’ this spring.

In the Ottawa region, the regular season was slated to come to a close on Feb. 28th, meaning that the postseason had yet to officially begin. Once it does, however, the Ottawa Jr. Senators, Pembroke Lumber Kings, and OHA Maroon are expected to legitimately fight for the title, as the three clubs stood high above the rest of their competition in 2018-19.

Across the border, the HPHL postseason campaign has already come to a close. At the 16U level, Detroit Compuware claimed hard-fought title despite having to overcome a great deal of adversity in order to reach the championship round. Meanwhile, at the 15U level, the Chicago Mission carried their incredible regular season play into the playoffs and straight to league championship.

As far as the ETA and SCTA are concerned, five stellar teams recently did battle for this year’s OMHA Championship. Representing the ETA were the York-Simcoe Express, Quinte Red Devils, and the host Whitby Wildcats — who were defeated by the Express rather surprisingly in postseason action.

Wow what a series. We are off to the OMHA Championships. The team played their hearts out. What a special moment for all the players, Well Done #OMHAPlayoffs #OMHAChampionshipweekend

On the other hand, the Guelph Gryphons and Halton Hurricanes represented the SCTA — the Gryphons entered the Championship red-hot after defeating the Niagara North Stars.

In the end however, it was the host and favourite Whitby Wildcats who defended their OMHA Championship. The Wildcats won all four round robin games before downing the Halton Hurricanes in the gold medal game. Elsewhere, York Simcoe defeated Quinte to claim the bronze medal.

In the T1EHL, the Pittsburgh Penguins Elite were victorious at both the U16 and U15 levels. In U16 action, the Penguins were paced by 2019 OHL Draft eligibles Colby Saganiuk and Teddy Sawyer, while Johnny Fratto led the U15 team offensively with remarkable consistency.

The 2019 Canada Winter Games proved to be a tremendous display of skill and talent, as numerous provinces and territories did battle in what was a wildly entertaining week of hockey. Come the championship game, it was Team Quebec and Team Ontario who clashed in a thrilling overtime tilt. After a seemingly endless number of chances by both teams, Team Quebec captured the Gold Medal owing to a tally by Zachary L’Heureux.

MEDAL ALERT: Men’s Hockey earns a a silver medal at the @2019CanadaGames! 🥈🇨🇦

Despite the loss, Team Ontario and its players were extremely impressive throughout the tournament. While Shane Wright, Brandt Clarke, and Brennan Othmann were outstanding, so too were the likes of Connor Lockhart, Jacob Holmes, and Danil Zhilkin — three prospects who strengthened their respective stocks ahead of the 2019 OHL Draft through their stellar play for Team Ontario.

With the postseason in full swing, the Canada Winter Games in the rearview mirror, and the 2019 OHL Cup on the horizon, it’s time to unveil our 2019 OHL Draft ranking for the month of March.

In this month’s edition, the top prospects eligible for the upcoming Priority Selection have remained fairly stable. In some instances however, strong play in postseason competition or at the Canada Winter Games has fuelled a significant rise in the standing of specific prospects. On the other hand, some have fallen slightly due to an inability to perform under the most intense of conditions and situations.

Before we dive into March’s Top-260 prospects, be sure to catch up on our previous rankings in order to see how particular players and their perceived values have fluctuated over the course of the 2018-19 campaign.

Here they are, March’s top prospects followed by 20 honourable mentions to watch in the weeks and days leading up to the 2019 OHL Draft:

Note: This list features the Top-260 skaters available for the 2019 OHL Draft, and does not include goaltenders. Also, it is not a mock draft.

* – Indicates a prospect currently committed to an NCAA program.