Owen Watson is an incredibly impressive prospect who can clearly produce at the same rate as the top prospects of the 2003 age group. He is a lethal goal scorer with a shot that will translate well at the OHL level, and projects as a second round talent for the 2019 OHL Draft. 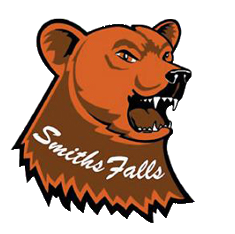 Owen Watson is a premier goal-scorer from the HEO who has fallen into the shadows of the league’s top prospects, Mason McTavish and Connor Lockhart. However, Watson has been consistently performing at rates equal to the two aforementioned players in the 2018-19 campaign, without earning the recognition he deserves. Well, that likely won’t last too much longer.

Watson currently has the second most points, 26, among 2019 OHL Draft eligible prospects in HEO and is tied for first in goals among the same cohort, with 15. Watson plays an extremely intelligent style, utilizing his vision and sense of the ice to outsmart opponents on a regular basis. Most notably, his slick release and smooth hands create boatloads of offensive opportunities for the young phenom.

Watson is a constant offensive catalyst for the Smiths Falls Bears, a team closer to the bottom of the standings than the top. He boasts a dynamic snap shot with an electric release that is close to pro-level. Watson uses his ability to change up shooting lanes and shoot through screens to catch goaltenders off-guard.

A gifted offensive producer, Watson showcases impressive puck skills when skating at top speeds, handling the puck with confidence. He can stickhandle in a phone booth and shifts gears to keep defenders on their toes. Further, Watson displays high-end hockey sense through his ability to read, process, and adapt to changing circumstances.

One slight area of improvement for Watson would be in his skating ability. A prospect with above-average top speeds, he could use work on his East-West effectiveness. As a winger, this will have less of an impact than it would on a centre, but it remains a small area to work on.

Related: Get caught up with all of our 2019 OHL Draft Profiles.

As well, he may be able to better utilize his edge work in order to become a more elusive skater. Watson remains relatively strong on his feet and can protect the puck well, but would again gain an invaluable boost by using smart edgework to become even tougher to knock off the puck.

In all, Owen Watson is an incredibly intriguing prospect who can clearly produce at the same rate as the top prospects of the 2003 age group. He is a lethal goal scorer with a shot that will translate well at the OHL level, and shows innate on-ice smarts that should lead him to a productive career at the next level.

Consistency will be key for Watson and his ability to improve his draft stock. For now, he projects as a second round talent for the 2019 OHL Draft.