Brett Harrison is one of the best offensive producers in Alliance this year, showcasing an uncanny ability to lug the puck into danger zones and consistently beat goaltenders with a lethal wrist shot. He projects as a late first or early second round pick for the 2019 OHL Draft. 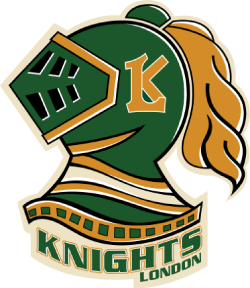 Brett Harrison is a shifty skater with a good motor and potentially dynamic scoring abilities. Working well off the rush, as well as below the dots on the cycle, he can generate scoring chances through a powerful and quick wrist shot or via a cross-ice pass. Thus far, Harrison has accumulated five goals and 11 points in nine regular season games.

Harrison is surprisingly strong on his feet and can protect the puck as well as anyone. Whether it’s on the rush or along the wall, Harrison utilizes intelligent stick and feet positioning to fend off opponents with relative ease. In a deep and talented Alliance year, Harrison regularly stands out as one of the best of the class.

With an electric and booming release, Harrison has shown flashes of a capability to become one of the elite shooters in this year’s draft class. His shot is extremely deceptive as he is able to release it in tight quarters and change shooting angles on the fly. Harrison has an innate ability to back defenders off by changing gears with his edges and hands.

Harrison has creative moves and good agility with the puck, allowing him to navigate trough the middle of the ice comfortably. He’s very strong on his feet, thanks to impressive lower-body strength. Harrison is nearly impossible to knock off of the puck, and uses his body wisely to keep the puck out of his opponent’s reach. In all, Harrison can be relied upon in any offensive situation, as a sniper or a playmaker, thanks to his tremendous talents.

If there’s one area where Harrison could take his game to the next level, it may be with his top speed. While he skates well enough in all aspects, he isn’t overly threatening with separation speed down the wing. Playing more of a power forward style, Harrison’s game would benefit drastically from adding another tool to his arsenal of offence generating abilities.

With an already strong lower-half, Harrison could be an unstoppable force on the rush with a few more miles per hour behind his stride. Add that capability to an already agile prospect and you could see Harrison playing the dynamic style that this year’s top prospects are able to showcase.

Brett Harrison is one of the best offensive producers in Alliance this year, showcasing an uncanny ability to lug the puck into danger zones and consistently beat goaltenders with a lethal wrist shot. Stronger than he appears, Harrison regularly carries the Jr. Knights offence on his back, thanks to elite level instincts and the capability to process the game at high speeds. Harrison projects as a late first or early second round pick for the 2019 OHL Draft.